Founded in 1978, Registered as a society, the Mission is a world-wide association of BHU Alumni and those who believe in the moral and spiritual values that Pt. Malaviya espoused.


The Mission strives to propagate his values and ideals through service projects, educational programmes and activities that strengthen the moral fibre of society. 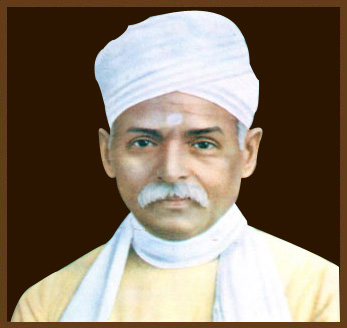 To revive the spirit and values for which Mahamana founded the Banaras Hindi University. The emphasis would be on character building and patriotism and promoting India’s rich heritage and culture.


The Mission proposes to develop a roadmap - a detailed action plan for making India a powerful country in the World.

On 25th December 1861 in a humble home in Allahabad was born Madan Mohan who would one day shake the foundations of the mighty British empire with his moral strength and intellectual prowess; who would resurrect the spiritual and cultural heritage of India’s ancient civilisation; and who would be the vanguard of India's social and political resurgence.

A doyen among journalists, he edited a number of nationalist Dailies and Weeklies and was Chairman of the Board of Hindustan Times from 1924 to 1946 and facilitated the launch of its Hindi edition in 1936. A legal luminary, he renounced in 1911 his well-established practice of law at the Allahabad High Court and resolved to dedicate himself to the cause of education and social service in the tradition of Sanyas. But when 177 freedom fighters were convicted to be hanged in the Chouri-Choura case in 1922, he pleaded their case in Allahabad High court and got 156 freedom fighters acquitted.

A visionary educationist, he built Banaras Hindu University brick by brick “to advance and diffuse scientific, technical and professional knowledge” and “promote the building of character in youth by making religion and ethics an integral part of education.” Pt. Malaviyaji was Vice-Chancellor of the University from 1919-1938 and thereafter its Rector.

A distinguished statesman, he fought for social, economic and political justice for Indians. Mahamana was elected President of the Indian National Congress in 1909, 1918, 1932 and 1933 and worked with about 50 Congress Presidents during his lifetime. He was a Member of the Imperial Legislative Council / Assembly from 1910 to 1926. Pt. Malaviyaji participated in Gandhi's Salt Satyagraha and courted arrest. Along with Mahatma Gandhi, he represented Indian National Congress at the Round Table Conference held in 1931 in London. During the Civil Disobedience Movement in India, he was arrested twice.

A Member of the Industrial Commission (1916-18), Pt. Malaviyaji gave a dissenting note indicting the British economic policy towards India. In 1932 Pt. Malaviyaji launched the All India Swadeshi Sangh and issued a manifesto for "Buy Indian” as a means of easing India's economic suffering and reducing the poverty of the masses.

He worked indefatigably for promoting the equality of men and women, for the eradication of untouchability and for fostering communal amity. He proclaimed: “India is not a country of the Hindus only. The country can gain strength and develop itself only when the people of different communities live in mutual goodwill and harmony.”

Truth Alone Triumphs (Mundaka Upanishad) and this was adopted as national motto when India became a Republic in 1950.


Pt. Malaviyaji’s aspiration was: “ I do not desire to rule, nor do I long for heaven or Moksha. I have but one wish -- to take birth again and again till I free people from their sorrow.”

Never has any man served his country with such devotion and its people with such selflessness. Gandhiji aptly called Malaviyaji as 'Devata Purush' -- man of God -- and Rabindranath Tagore gave him the title “Mahamana” – “luminous mind, magnanimous heart”.